Every once in a while a series tries to fool the readers into believing these characters are ‘real’ by acknowledging a moment in a past book. Usually this is to bring back a character – i.e. the despicable Suzie Devlin from SVH #11 Too Good To be True returns for Special Christmas – you could even say Todd’s reappearance was a trip down memory lane as anyone jumping in with Jeffery French might’ve assumed him to be Liz’s one and only. The Babysitter’s Club tried this angle with a place – Sea City which was returned to twice more ( two unnecessary trips as far as I’m concerned after the stellar first book Boy Crazy Stacey – I would’ve preferred a trip back to Camp Mohawk. ) Sleepover Friends plays this idea smart – by wasting no time the author returns to an idea sparked only two books earlier. In Book #10 – their teacher decides to have a sleepover exchange with some farm kids in a neighboring town a kind of mini-student exchange program in which students will be hosted at a welcoming students house. It’s hinted at that the Riverhurst kids will eventually go to Walden  – but no reader actually believes this – too often we’ve seen Jessica turn over a new leaf, or a character take up a new interest only to have it never mentioned again but Saunders throws us a loop – she actually does follow through with another trip! What’s great about this is that each story has it’s own angle to unravel. I unfortunately felt like the returning Sea City trips were a lot of sight seeing and dreary plot maneuvers – having Mallory and Vanessa fall in love with the same boy – c’mon! Ugh.
I’ll start off with Book 10 and in the following week I hope to review Sleepover Friends #11 and #12 – I was going to skip 11 however something happens in it that could have people going what the fudge? Where did HE come from? (unless you’re a SF freak like me – you won’t get that joke. )
Anyhow Lauren’s Sleepover exchange begins with the fifth grade class raffling off the visitors by picking names from a hat or rather a vase. With so many volunteers there’s a few empty slips of paper in the mix. The sleepover friends are hopeful and at the same time resentful that catty Jenny Carlin, who never showed any interest in the program and only signed up after they did,  might get a visitor. As luck would have it – Kate, Stephanie and Lauren all get a Walden visitor but when it’s Patti’s turn she comes up with a blank slip – don’t worry Stephanie whispers say I’ll share Molly, and Darlene Kate adds and Annette Lauren chimes in. Meanwhile Jenny gets the last visitor and in their minds the one meant for Patti.
At the sleepover that night they’re still burning up over Jenny’s underhanded luck, and pigging out. Back in the day I could scarcely get through a Sleepover Friends book without a bag of barbeque chips handy – their food orgies are to drool for – for instance they grab – Cherry Coke, Dr. Pepper – Alaska dip ( Patti’s recipe – which is chili sauce, tuna, mayo, cream cheese and scallions and lemon juice – I actually made this dip – when the sleepover guide came out and it was lipsmacking good! ), Chinese spare ribs and a bag of Sour-cream and onion Potato skins. Keebler’s Tato Skins? Lauren still looking for more food?! spots a paper bag – filled with books to be donated and finds one that interests her (no it’s not a cook book) – Body Talks – ( Not to be confused with the real best seller at the time Julius Fast’s Body Language! )

OTHER OODLES
* Lauren slams Bullwinkles intelligence! when one of the farm kids insist that pigs are very smart at least as smart as dogs – compared to Bullwinkle Lauren thinks that wasn’t too impressive. Poor Bullwinkle!
* Lauren at the sight of the six foot hero sandwich – I’m in Heaven let me at it!
* The next day the gang joins a baseball game and the boys begin picking which girls to be on which team – Lauren is first pick – Kate is last with a lackluster – Then I guess I’ll take Kate – to which she replies thanks for the enthusiasm.
* The first and I think only time Lauren describes Stephanie as being a ‘little curvy’ which coincides with her artwork – Steph actually has a bust!
* Stephanie comments on Jenny leaning so far over Rebecca to provoke an introduction with Reggie – Such a shame she’s going to drool over that nice jacket. ( Reggie’s wearing a great leather bomber jacket – very Top Gun! )

I have to admit it this is one of my least favorite renditions of Stephanie on Conrad’s cover art – she looks terrible! Her hair is a frizzball , she has no eyelashes. I know it’s too much to ask for the black denim overalls but what’s with the glasses? Lauren doesn’t fair much better. A side ponytail for Lauren?! C’mon – there’s actually a scene in the series in which the girls wear side ponytails actually 2 scenes but both hairstyle moments are considered over the top! The only thing I do love about the cover is the chummy way Steph’s got her arm around Lauren’s waist and Lauren’s got her hand on Steph’s shoulder – very cute!

I’ve chosen some 80’s kids clothing to pair up for my 80’s nostalgia – love the tangley teased side ponytail! That was actually a style.

View all posts by Edi Marchen

6 thoughts on “Sleepover Friends #10 Lauren’s Sleepover Exchange – great read with a follow up to boot! Plus 80’s side ponytails!” 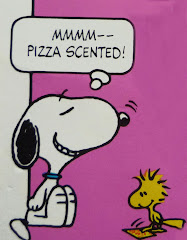 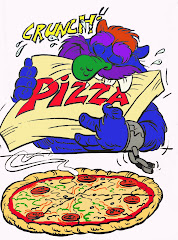 Seach this site for a series or book!