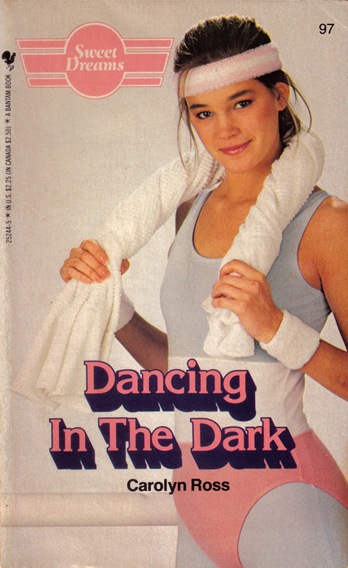 There is one sweet notion that comes into play in the story and that is a rose Eric buys Sarah for their audition which she saves and this rose – dehydrated and kept in an envelope gets passed back and forth between them as a good luck charm. Too cute – thrifty too – think of the money a teenager could save not having to buy more roses.

Over all tepid and rather boring – with characters too nice to be human , and problems too easily solved. Beyond predictable. I can’t honestly say the writer never wrote again for Sweet Dreams – sometimes writers used pseudonyms but she never wrote under this name Carolyn Ross.  I give it ** Instead rent yourself or buy yourself – Girls Just Want to Have Fun a bouncy , lively movie – about new in city good girl Janey who gets herself a spunky bff (whose school girl uniform can be transformed in a instant because of tear away velcro ) and lands herself brooding hunk of a boyfriend after she was paired up with him to enter a dance competition. The prize – to become regulars on the hit show DTV. Obstacles include her militant father , and Jeff’s feelings that lower class can never win not to mention a snotty rich villain named Natalie whose automated closet probably inspired Cher from Clueless. If you want a sneak peek – here’s the end dance scene with the totally addictive song Orbital Bebop.

Other Oodles
In a Sweet Dreams there’s not many, most of the punchy prose has been boiled right out – but I love a false product and Sarah’s little brother eats –
* Captain Crackle!  Any relation to Cap’n Crunch is pure coincidence!

The video where he pulls Courtney Cox on stage – wouldn’t it have been better to have put her on the cover – considering she did model for Sweet Dreams! 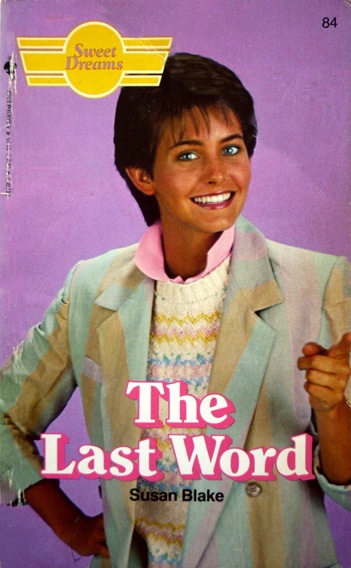 This entry was posted in Sweet Dreams Romances and tagged Carolyn Ross, Dancing in the Dark, Sweet Dreams romances. Bookmark the permalink.